For this activity during the TeachNow curriculum, we created an infographic. I chose to use the piktochart application.

Check out this site to make your own: https://create.piktochart.com

The process was really interesting, but it was a bit difficult. Below, I’m going to go into the advantages and disadvantages of the assignment. Let’s get into it.

Overall rating: This was a pretty great application. The final product was fantastic. I learned a lot and this was a creative way to generate a pretty basic set of charts. While I wish there were more free options, piktochart was much better than competing infographic applications in my opinion because of just how polished the final product looks. I also had to do zero adding of plugins or coding, so it’s very user friendly in that sense. 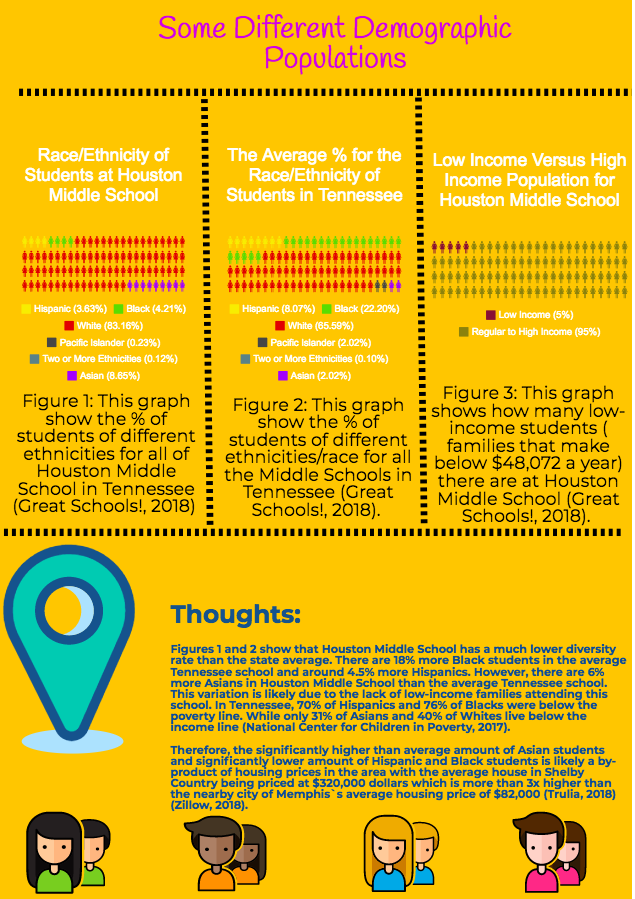 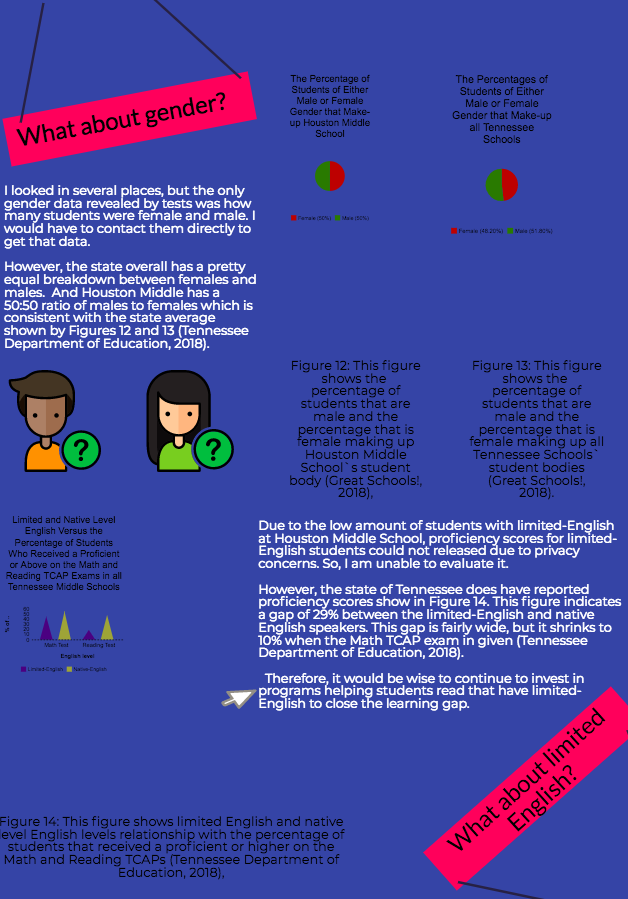 Primary Takeaways from this Assignment

Final Conclusion: When living in a high socioeconomic area, low socioeconomic class students  should receive extra assistance particularly those who are black since they already had slightly lower test scores than their Asian, Hispanic, and white counterparts. Special needs students in the state of Tennessee need additional help as well.